The Nissan GT-R is without doubt on every petrolhead’s list of dream cars. The Japanese supercar is one of the most affordable performance vehicles out there in the market today but is nothing short compared to a prancing horse or a Lambo in terms of technology and performance.

The 2015 Nissan GT-R is one of the most refined vehicles from the company. It’s not just fast on straights but feels incredibly confident around corners too. Absence of body roll further instills confidence while entering the high-speed corners. The all-wheel drivetrain deserves special credit, as the torque is split 50-50 between the front and rear wheels, ensuring traction and reducing the chances of wheelspin. 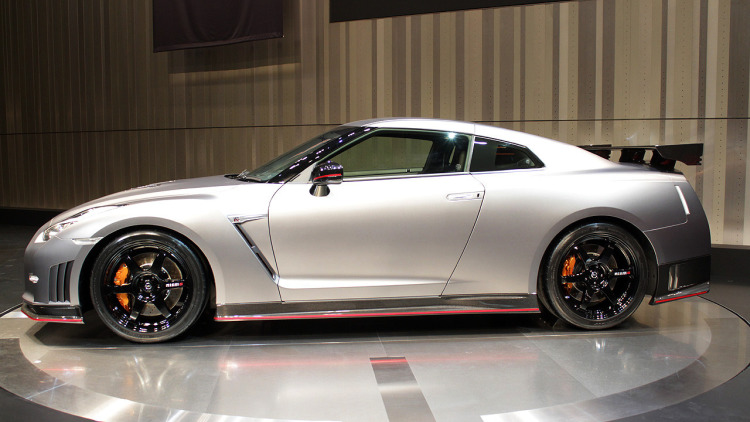 The 2015 Nissan GT-R draws power from a hand-built, 3.8-litre twin-turbocharged V6 engine block, displacing 463 ft-lb of torque, alongside 545 BHP. This is the epitome of technology, as the power displacement is nothing shy of an eight to ten-cylinder engine block.

The six-speed, dual-clutch transmission system deserves special credit as it’s the driving force controlling the massive amounts of torque generated by the engine block. The transmission system puts the right amount of power to the wheels, while cruising and during full-throttle. The smooth driving experience on the GT-R has a lot to do with the transmission.

When you’re paying a premium price for a vehicle, expect the makers to go an extra mile to ensure perfection. However, the GT-R does not cost a bomb. In fact, the vehicles that it competes against, costs at least four times! Nonetheless, the 2015 Nissan GT-R does not feel cheap. The interior, for example, boasts of a dash composed entirely out of carbon fiber, with a chrome GT-R badge carefully pasted on the steering wheel.

The only downside of the car is that, the engineers didn’t build the interior from scratch. As a result, you might find similarities with other production cars from Nissan. Quality is of utmost importance, and even though you won’t find bespoke leather from 12 cows specially reared high up on the mountains, adorning the interior, the carbon fiber feels quite good.

What I liked most about the 2015 Nissan GT-R is that the engineers have paid attention to practicality too. Yes! This supercar comes with four seats. It’s not a 2×2, but houses four proper seats, which are capable of accommodating full-sized individuals.

The GT-R is actually the second performance car in production at the moment with usable rear seats, the first being the Porsche 911 Turbo. However, Nissan clearly offers a more reasonable leg space. Well, if you want to hold a sporty edge over the standard variant, you might want to go for the Track Edition. However, they lack the rear seats!

« Why Choose 4×4 Wheels for Your Pickup and SUV?